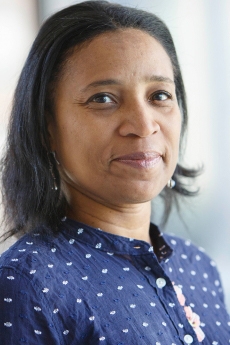 Associate Professor of Religion and Women's, Gender, and Sexuality Studies

Dr. Kelly Pemberton has co-edited a volume of essays, Shared Idioms Sacred Symbols and the Articulation of Identities in South Asia (Routledge 2009), and written a monograph, Women Mystics and Sufi Shrines in the Indian Subcontinent (University of South Carolina Press, 2010). Her work has been published in academic journals, encyclopedias, and edited volumes.

For more information on Professor Pemberton's work at GW, please visit her personal homepage or her blog.

Gender and Islam in South Asia and the Middle East

The Landscape of Religious Authority and Authorities

Her research covers mysticism, the landscape of religious authority and authorities, and civil society in South Asia and the Middle East, especially as these relate to gender.  She also consults on projects focusing on the Middle East and Asia for non-profit organizations, government agencies, and private businesses.

Gender Activism in the Muslim World

Brand Islam in the Digital Age

“An Islamic Discursive Tradition on Reform as Seen in the Writing of Deoband’s Maulana Taqi ‘Usmani” Muslim World vol. 99, no. 3, July 2009.